This is how the Universal Group does Christmas 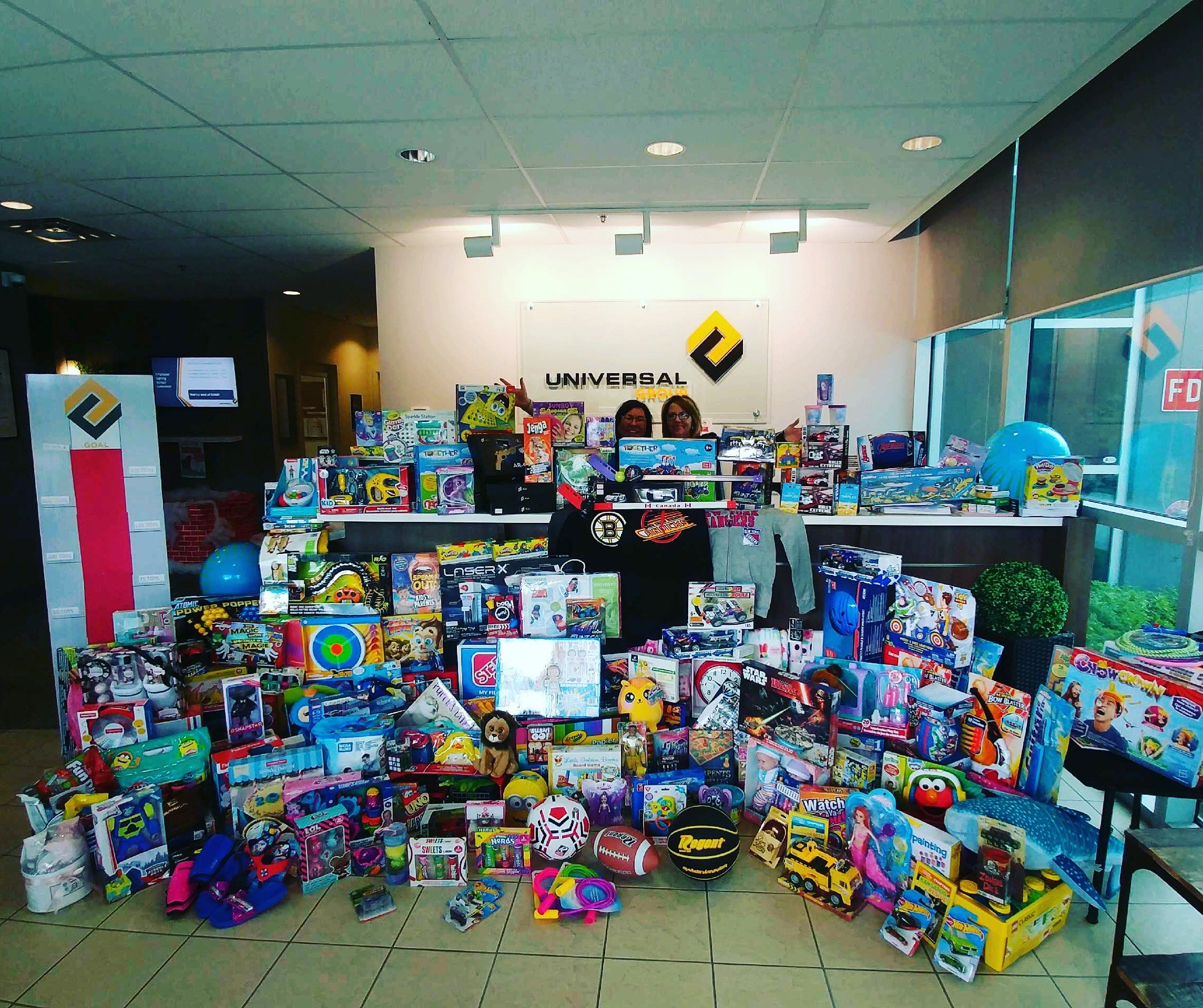 Every year for almost 100 years, the Lower Mainland Christmas Bureau has set out to empower families in need to create Christmas experiences for their kids through the generosity of the community. For the past 6 years, Universal Group has joined the fun at the Vancouver Motorcycle Toy Run.

In 2018, Universal Group raised over 200 toys and decided to double its goal this year. Starting in September, the entire company began collecting unwrapped toys and soon surpassed its goal of 400.

On October 6th, decked-out Universal Group trucks brought all the toys to Coquitlam Centre where thousands of motorcycles prepared for a procession to Vancouver’s Pacific Coliseum at the PNE led by Mr. and Mrs. Claus.

All the toys and riders enjoyed a merry, safe and organized ride to the PNE where collected toys were gifted to a much larger effort that includes multiple events, companies, and cities, and resulted in over 100,000 toys collected in 2018.

As always, the toys will be gifted to families in need through the Lower Mainland Christmas Bureau’s Christmas Giving Program that provides low-income families and families with assisted living an opportunity to select a gift for each of their children.

The generosity of the event is inspiring and Universal Group can’t wait for an even bigger and better toy run in 2020.